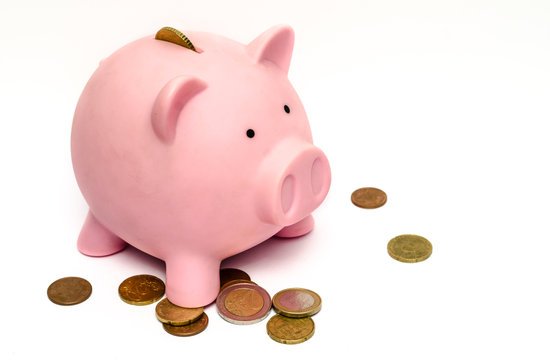 No, most banks will not loan on a rebuilt title.

When it comes to banks loaning money for a vehicle purchase, most will not do so if the car in question has a rebuilt title. There are, however, two options available for those looking to finance their dream car. The first is to find a small credit union or bank that may be more flexible on the issue, particularly if you have a good relationship with them. The second is to get an auto loan from a private lender, which can be done through an online lending platform.

The reason banks are hesitant to loan money for cars with rebuilt titles is because there are many uncertainties surrounding such vehicles. For example, it’s unclear how the car was damaged and whether or not it was properly repaired. This can make it difficult to determine the true value of the vehicle, which makes it a risky investment for the bank.

If you’re set on financing a car with a rebuilt title, your best bet is to shop around for a lender that is willing to work with you. You may have to pay a higher interest rate than you would for a traditional auto loan, but it’s still possible to get the financing you need. Just be sure to do your research and compare offers from multiple lenders before making a decision.

What is a rebuilt title?

A rebuilt title is a vehicle title that has been rebuilt. A vehicle with a rebuilt title has been damaged to the point where it is considered totaled by an insurance company, but then repaired and put back on the road. The vehicle will have a brand on the title that says it is rebuilt, salvage, or something similar.

Why do some cars have a rebuilt title?

The process of getting a rebuilt title.

The process of getting a rebuilt title can vary from state to state, but there are some commonalities. In most cases, you’ll need to have the car inspected by a licensed mechanic to prove that it’s been repaired to a safe driving condition. You’ll also need to provide proof of ownership, such as a previous title or registration, and pay a fee. In some states, you may need to get liability insurance before you can get your car registered.

How does having a rebuilt title affect a car’s value?

The effect of having a rebuilt title on a car’s value varies depending on the car and the market. In general, a car with a rebuilt title will be worth less than a similar car with a clean title. The extent to which the value is reduced depends on the severity of the damage that required the rebuild, how well the rebuild was done, and how much effort was put into repairing cosmetic damage. Cars that have been completely rebuilt from the ground up may only be worth slightly less than a comparable clean-title car, while those that have been put back together with salvage parts may be worth significantly less.

What do you need to do to insure a car with a rebuilt title?

You will need to purchase a liability insurance policy and maintain it throughout the duration of your loan in order to insure a car with a rebuilt title. This insurance will protect you financially if you are found to be at fault in an accident. You may also be required to carry comprehensive and collision coverage, depending on your lender’s requirements.

How difficult is it to get a loan on a car with a rebuilt title?

What are some things to watch out for when buying a car with a rebuilt title?

If you’re in the market for a used car, you might come across a vehicle with a rebuilt title. A rebuilt title is given to a car that’s been damaged and then repaired to the point where it can be driven on the road again.

1. Make sure you get a vehicle history report.
2. Inspect the car thoroughly yourself or have a mechanic do it for you.
3. Find out what kind of warranty is available.
4. Be prepared to pay higher insurance rates.

Are there any benefits to having a rebuilt title?

Are there any other options if you can’t get a loan on a rebuilt title?

If you’re looking to finance a car with a rebuilt title, you may have some difficulty securing a loan from a bank or credit union. Some lenders may be willing to work with you, but they may require a higher interest rate or down payment.

There are a few other options available to you if you can’t get a loan on a rebuilt title. You could try working with a specialized lender that offers loans for rebuilt titles, or you could sell the car and use the proceeds as a down payment on a different vehicle. You could also try to find a private buyer who is willing to pay cash for the car.

What to do if your car is totaled and you have a rebuilt title.

If your car is totaled and you have a rebuilt title, you may be wondering if banks will loan money on the vehicle. The answer is yes, but there are a few things to keep in mind.

When you have a rebuilt title, it means that the car was previously damaged to the point where it was considered totaled by the insurance company. The car has been repaired and is now back on the road, but because of the previous damage, the title is considered rebuilt.

Some banks may be hesitant to loan money on a rebuilt title car, but there are many that will. If you’re seeking financing for a rebuilt title car, it’s important to shop around and compare rates from different lenders. You may also want to consider getting a co-signer with good credit to increase your chances of being approved for a loan.